We’d like to introduce Blind Matching system which will be the new 1VS1 Arena. 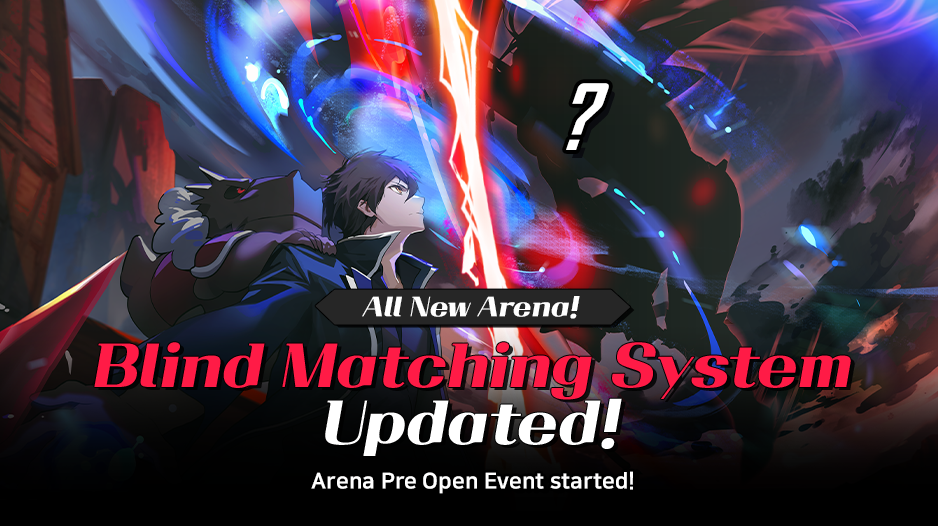 What is Blind Matching System?

Blind Matching System doesn’t reveal your opponent and its team info until you start the battle in 1VS1 Arena.

You could go to the upper tier by spending many Arena Tickets.

Most Heroes’ winning rate is over 90% and their satisfaction in setting their defense team was low accordingly.

So we changed the meta to set your Attack team to break the defense team while you don’t know your opponent.

Also, you’d better set your defense team that can defend well against the incoming attacks.

Checking Improvement Point during the Pre-Season

Blind Matching system will have Pre-Season first for checking the improvement points.

Based on your experiences and data during the Pre-Season, we will keep making the Arena better.

You will find your match when you tap the [Battle] button in 1VS1 Arena.

Once you find your match, you can see your opponent’s team info for three seconds.

After the reveal, the battle will start immediately.

※ If you force-quit during the three seconds, you will lose your Arena Ticket since you can check the opponent’s team info at this phase.

When you have 2 more Arena Tickets, you can Auto Repeat up to 10 times as maximum.

You can check your battle record in the middle of the repeat, and you can find the battle result when the repeat ends.

If you’re in a low tier, you will meet AI with 100% probability but it will be lower when your tier goes higher.

As the Arena has changed, the AIs have also changed stronger than before.

In order to judge whether to skip the battle or not, [Skip] button is relocated in the Arena’s battle scene. If you tap the [Skip] button during the battle, it will be changed to Enna Core mode and you will get the battle’s result quickly.

You should play one Arena battle at least to use the [Skip] function.

1VS1 Arena and other PVP contents will have more changes soon!