started a topic over 1 year ago

The game will undergo maintenance on Jul. 26th to improve your game play experience. 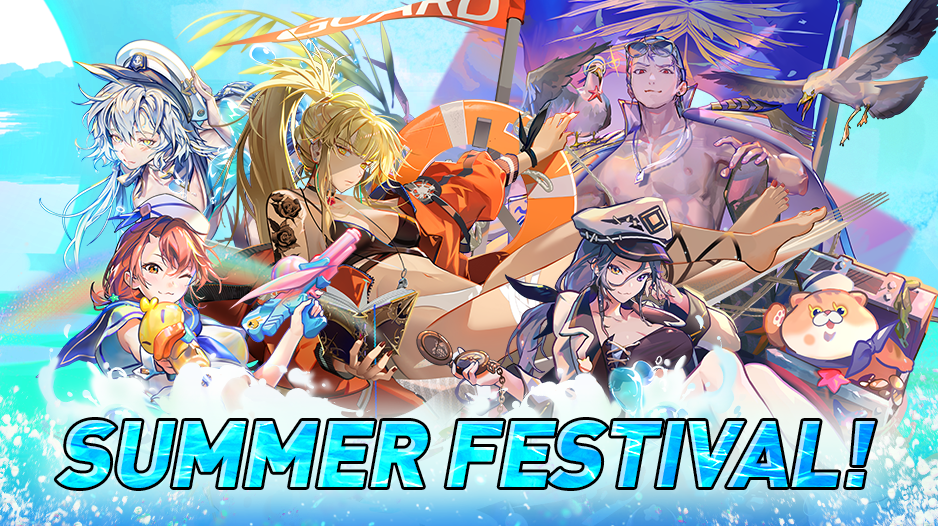 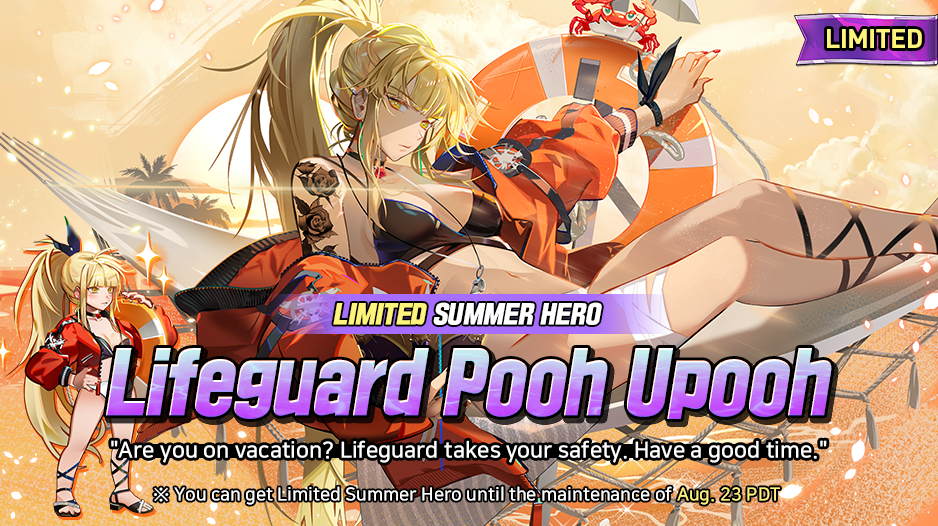 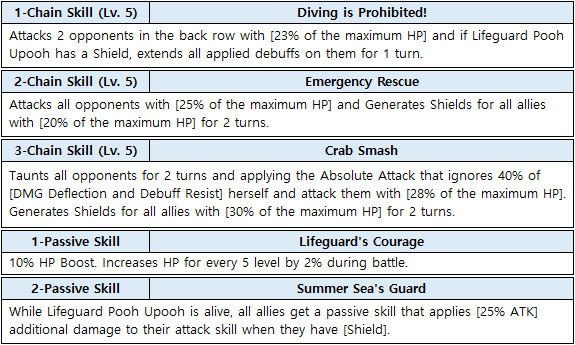 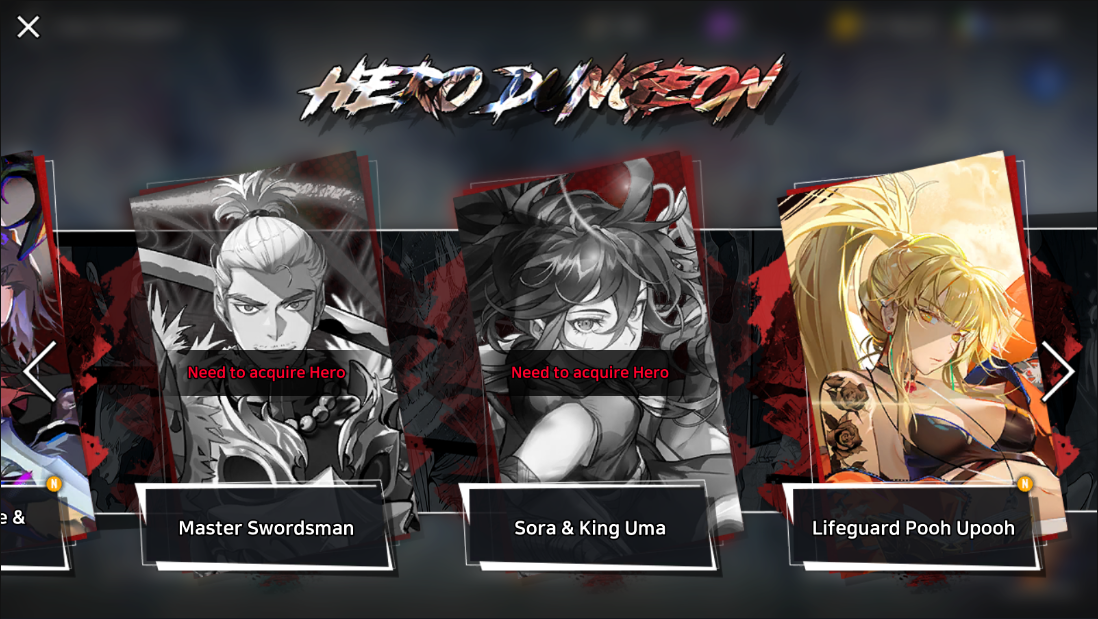 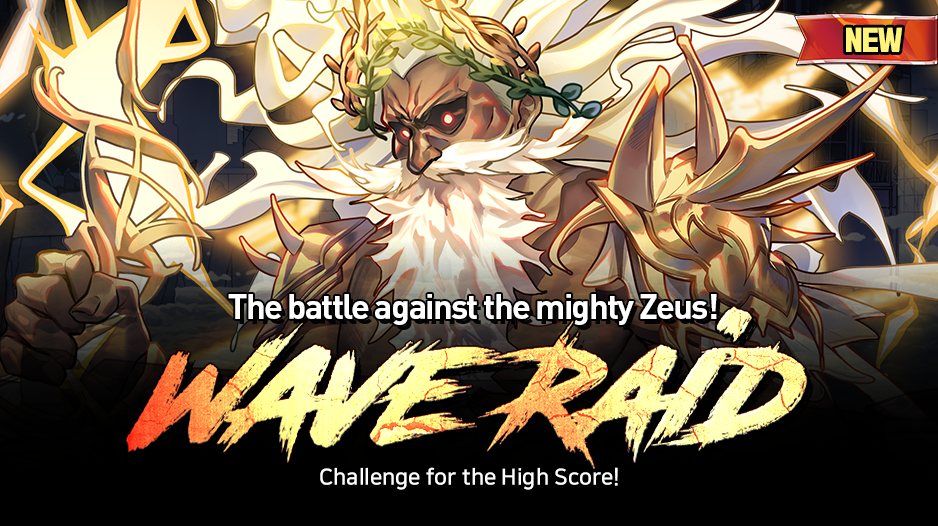 ※ Zeus, one of the Heavenly Realm’s Gods has arrived at Hero Cantare and he will face our heroes as the boss of a new raid battle. 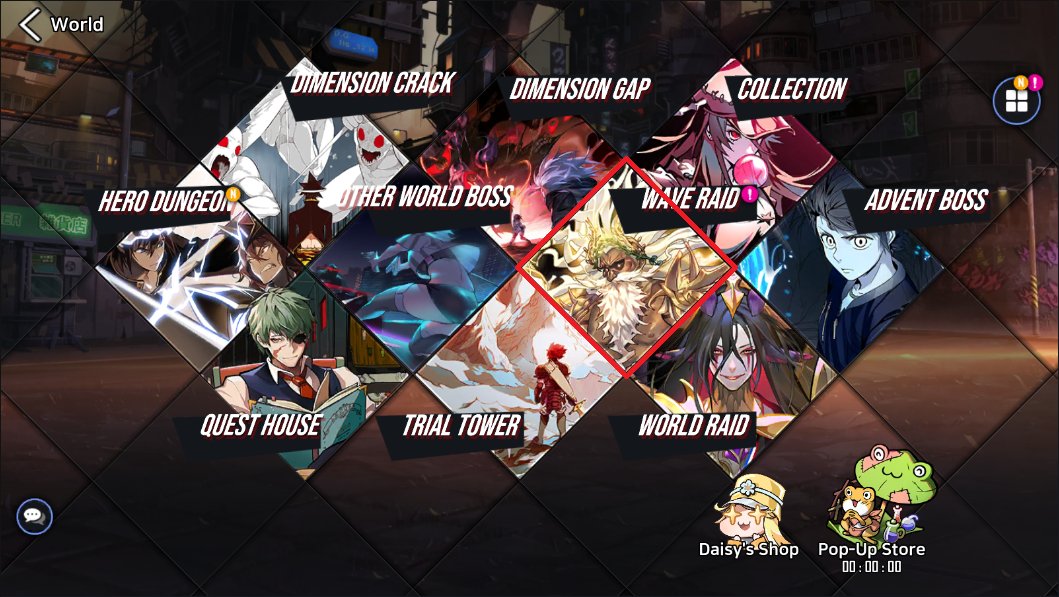 ※ Wave Raid has 3 battle times called ‘wave,’ and you have to place a team for each wave.

- You can place heroes to the teams only Level 95 or more.

- Requires at least 1 hero for the teams of 1st and 2nd wave.

※ You can use other heroes as the WAVE BUFF HERO who can give a buff during the wave.

- You can use only 20 Hero Blocks in a wave. (It does not include EX Skill Blocks)

- The waves ends when the one of following conditions is met.

- The Boss becomes stronger and uses more powerful skills at the 3rd Wave.

- The wave ends when the one of following conditions is met.

- All monsters do not die.

- The Boss has a weakness. If you attack the weakness successfully, the boss gets [Groggy].

※ Wave Raid is a seasonal content. When the season ends, the season data will be reset.

- Ranking, High Score, and High Score Achievement will be reset.

※ The Changes when a season ends

※ Hero list may be added during the season. 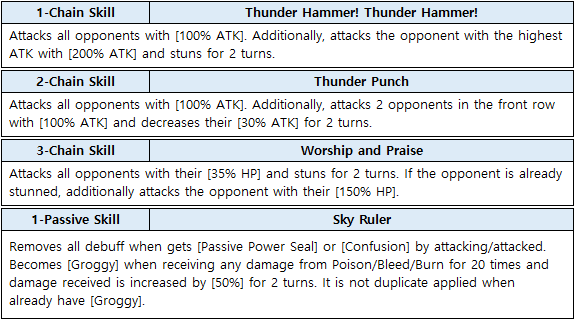 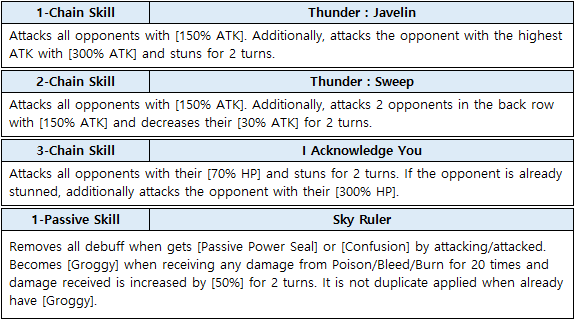 ※ You can get rewards in the Wave Raid through 2 ways, personal Best Score and public Ranking. 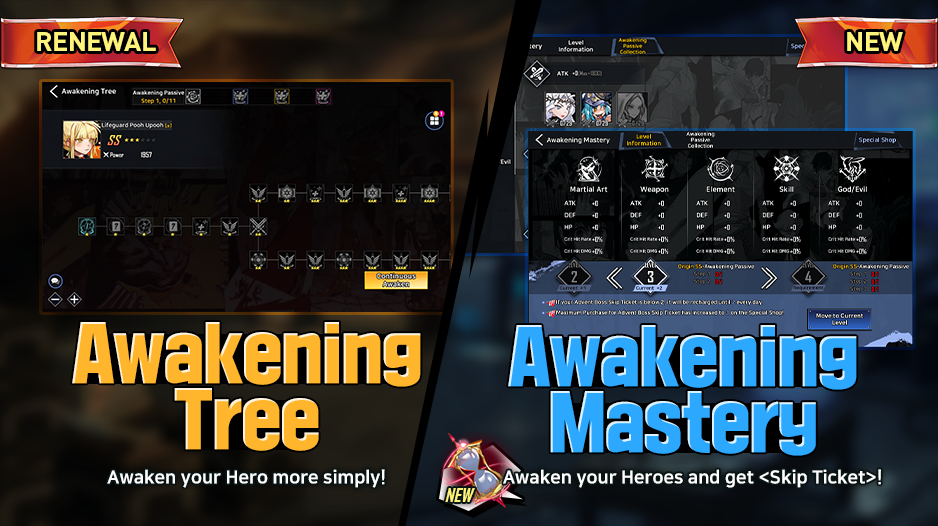 ● New Awakening Renewal will make the players more simply to awaken their Heroes.

※ By the renewal of the existing system, all Awakening Slots will be reset. However, it doesn't include [EX Skill] and [Exclusive Relic] slots.

※ Opened relic slots will be reset. and the equipped relics will be sent to the inventory.

※ The material items players used for the awakening will be sent to the inventories.

※ The total cost of awakening is the same as the existing system. However, the item cost for stage 3 achievement is increased with decreasing the cost for stage 2.

※ Players can check the changes of stat and combat power before the Awakening. 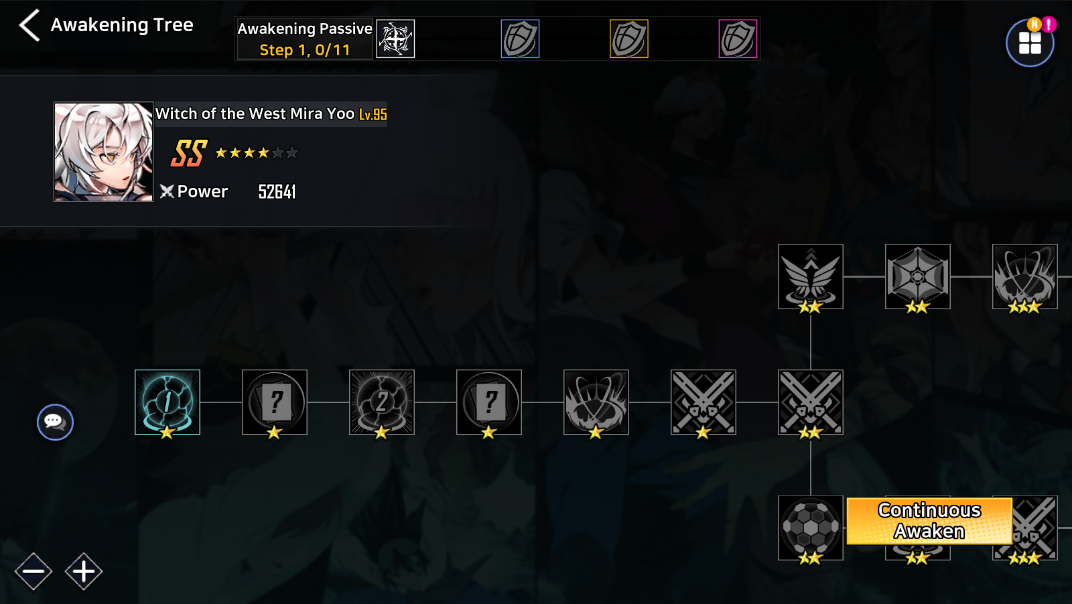 ※ [Continuous Awaken] activates the slots that are fulfilled.

※ The requirement and material cost are displayed when you tap the slot.

※ You can continuously activate the slot via keeping the tap on the [Continuous Awaken] button. 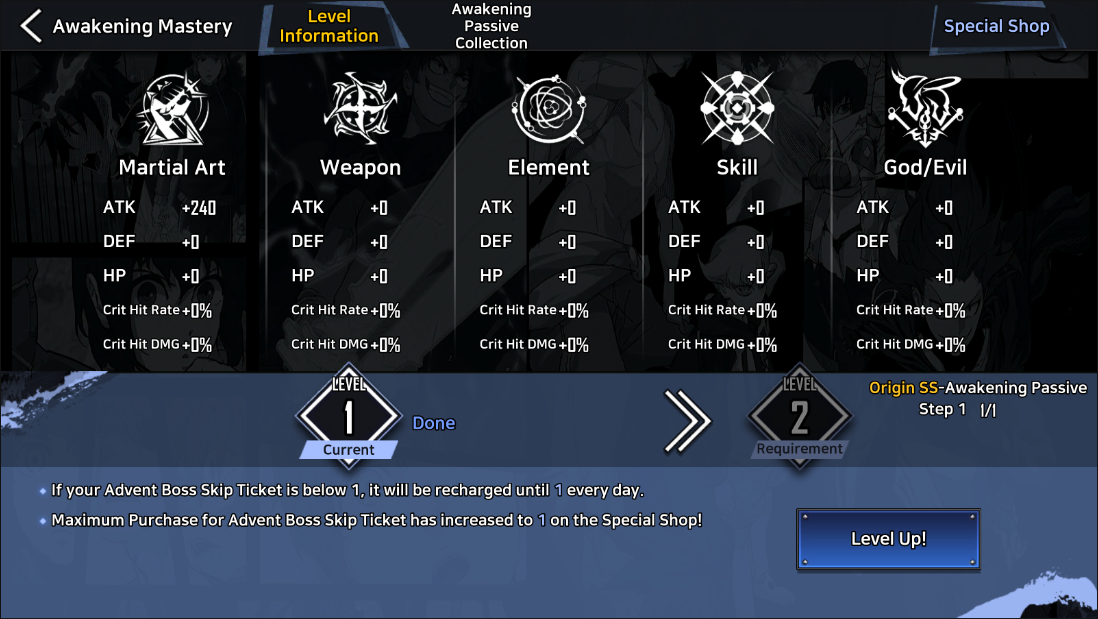 ● Previous ‘Awakening Passive’ has been changed to ‘Awakening Mastery’.

● What is Awakening Mastery?

- The mastery level increases with the Awakening Tree of [Origin SS Grade Hero] achievement, and each mastery level has an effect.

- As the level of Awakening Mastery increases, various effects can be acquired, and additional effects will be added later. 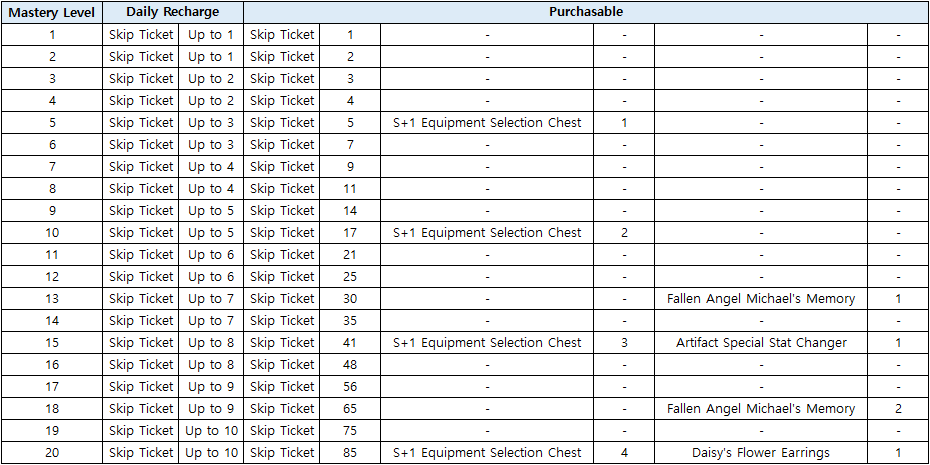 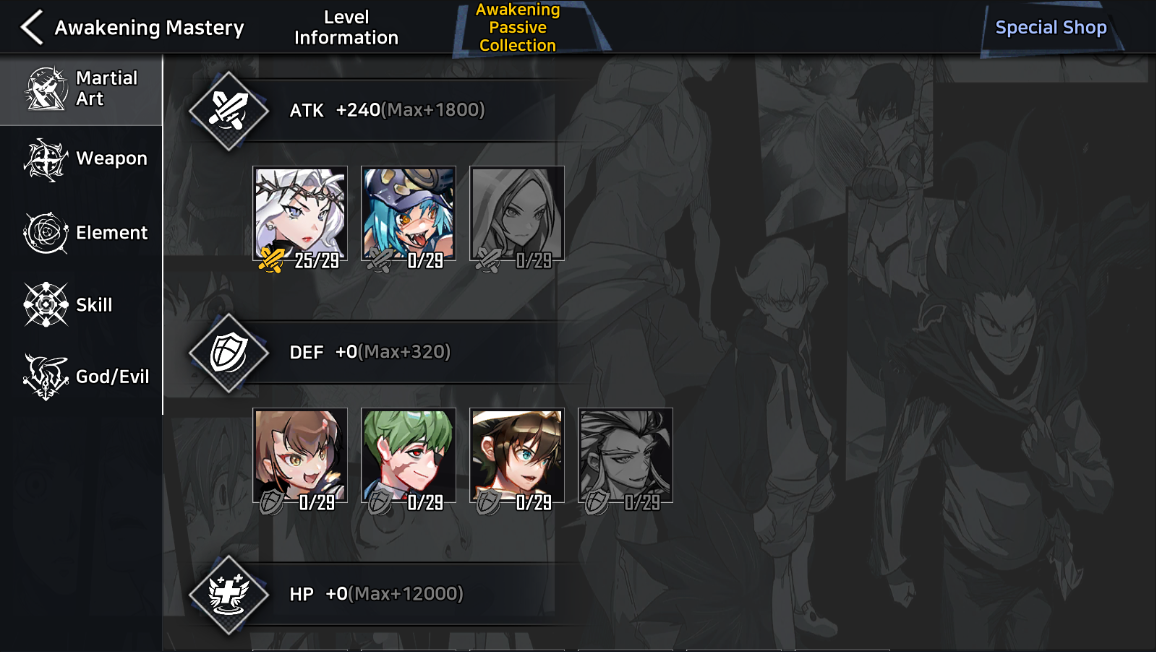 ● New Awakening Passive Collection has been added in Awakening Mastery.

● Each Hero type has the hero lists, and the list activates the bonus stats via heroes awakening in the list.

● SS+2 Equipment has been added.

●  You can try to upgrade your SS+1 Equipment into SS+2 Equipment using Haphaestus's Hammer that can be purchased in the Raid Shop.

1. Daily - Your Advent Boss Skip Ticket will be filled up to a certain number depending on your Awakening Mastery’s Level.

1. Clear the Level of Boss that you want to Skip.

2. After clearing it, make sure that you have at least a Skip Ticket and then start to calculate the Combat Expedition Time.

3. If the result of the Combat Expedition Time is less than 10 minutes, you can use the Skip Ticket to skip the battle and receive the reward immediately.

● 2 New Relics have been added. 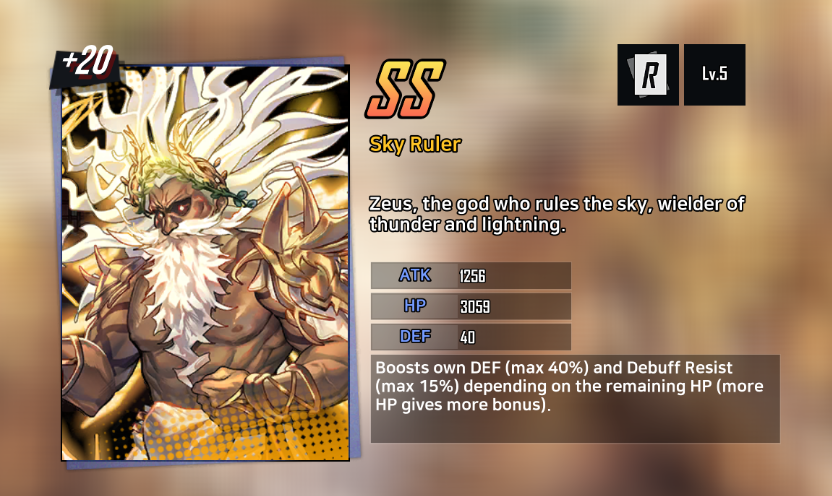 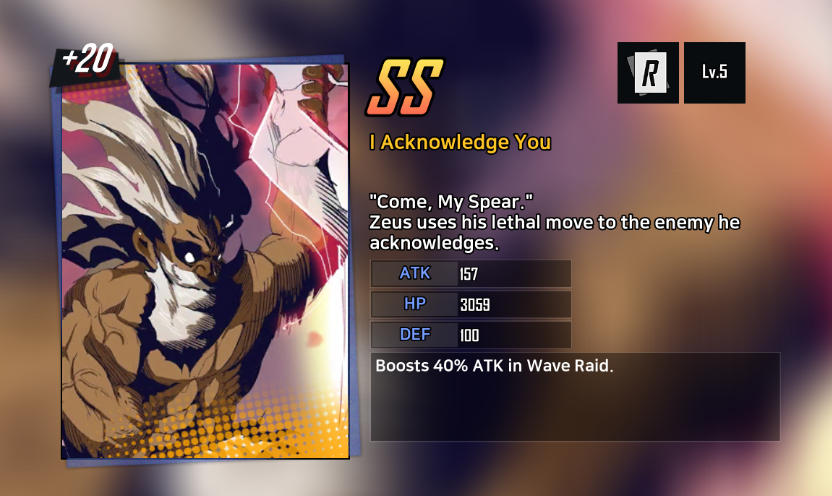 ※ Both Relics can be purchased in the Raid Shop.

2 people like this
Comments to this discussion are now closed!
More topics in Patch Notes
See all 122 topics
Help Desk Software by Freshdesk Support Desk