The game will undergo maintenance on March 15th to improve your gameplay experience.

1 VS 1 Arena's second renewal took a place! Moreover, Commanders got a new skill!

Plus, a new hero who will dominate this war is updated! 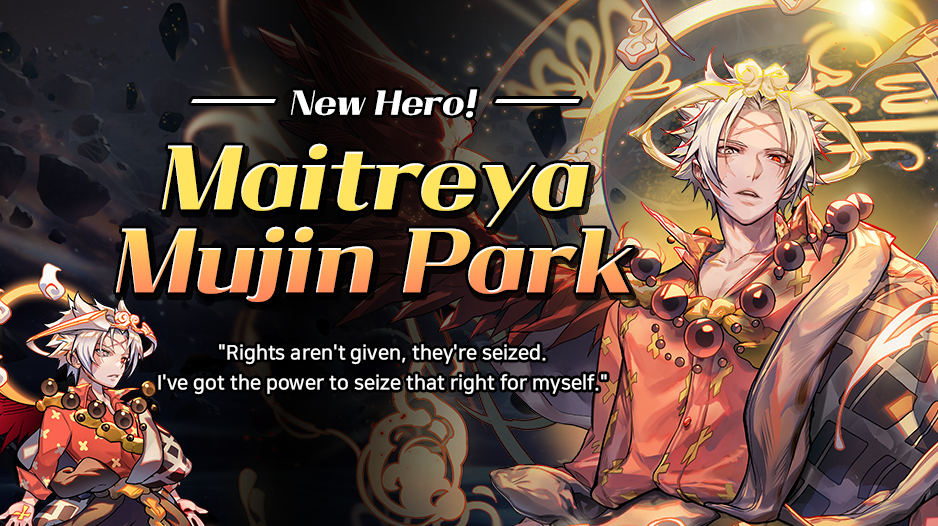 ※ NOTICE: If you’ve claimed the weekly ranking rewards for the last week from 00:00 to 16:00, Mar. 15th, the difference will be given via ingame mail as the 1 VS 1 Arena’s rewards have been upgraded through this update. If you haven’t claimed the ranking rewards yet, you can claim the upgraded reward after the maintenance. 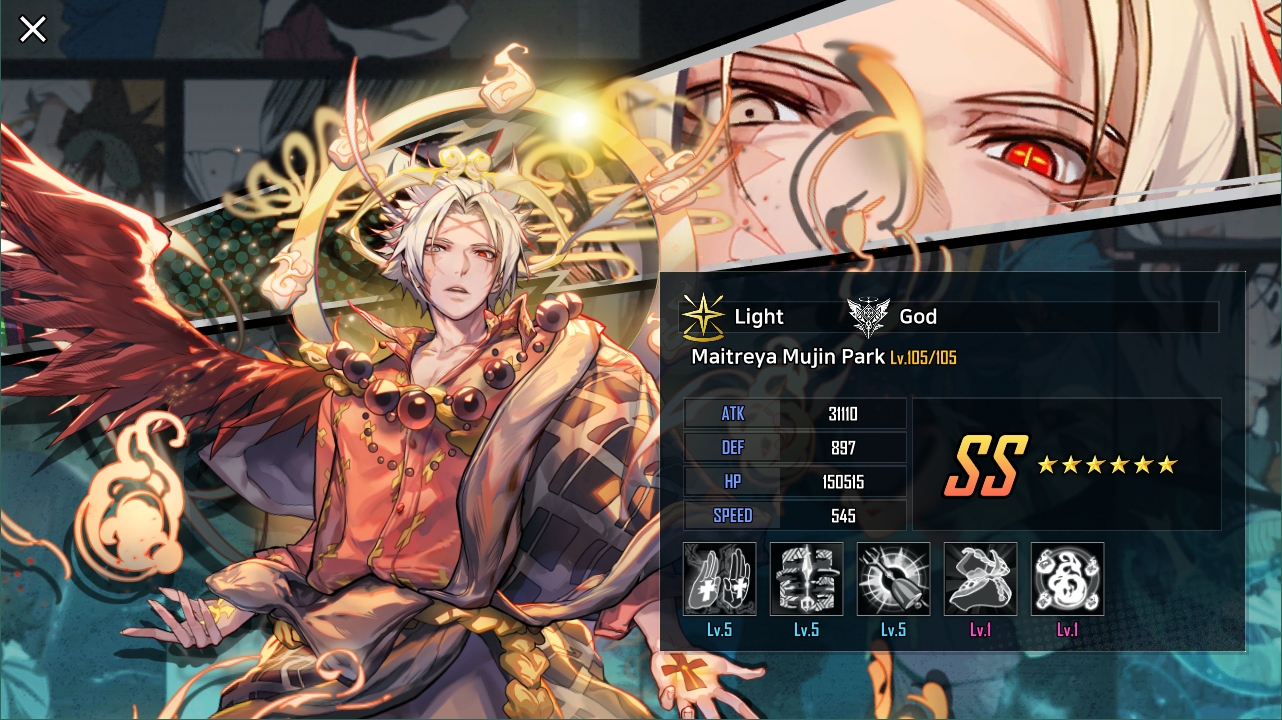 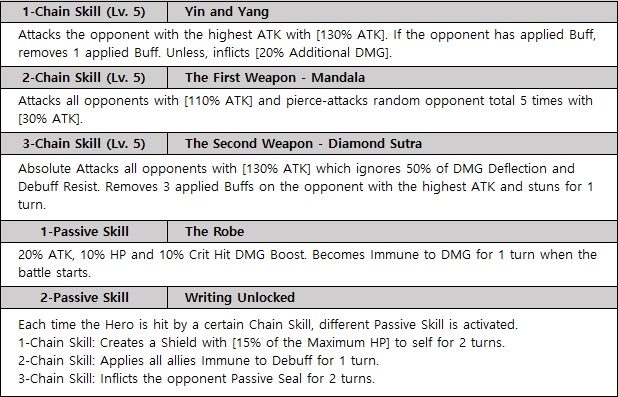 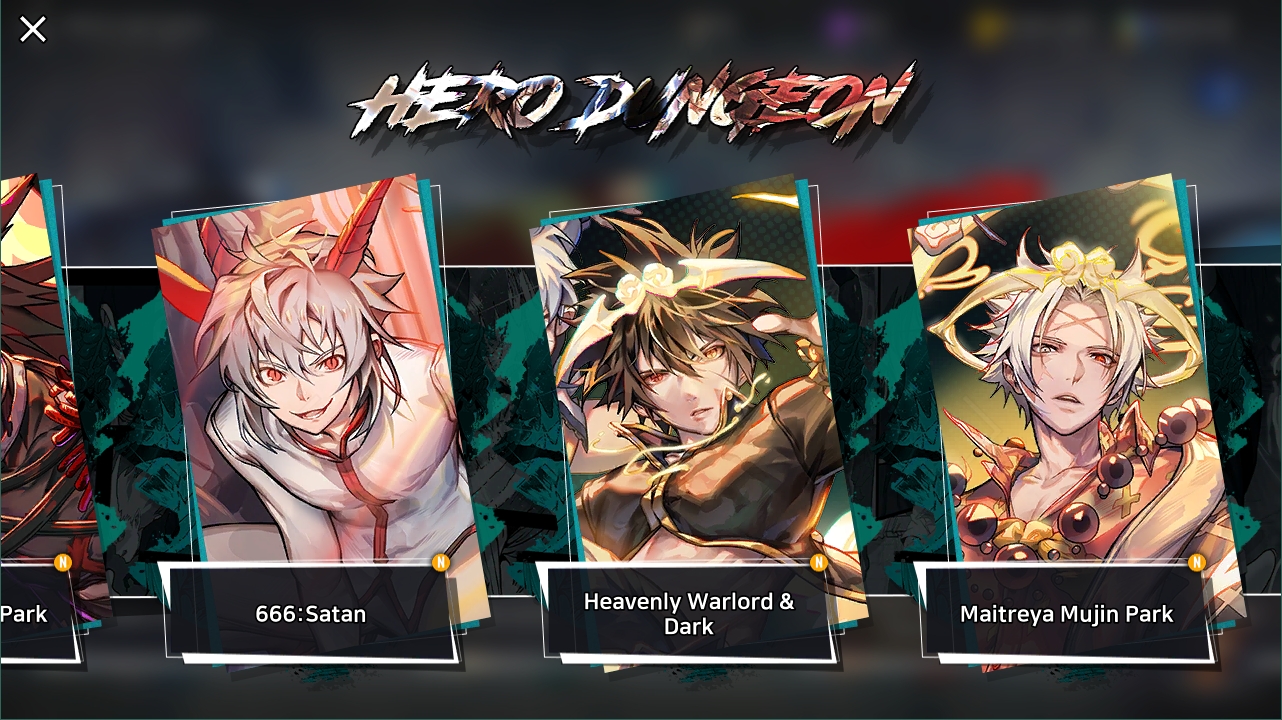 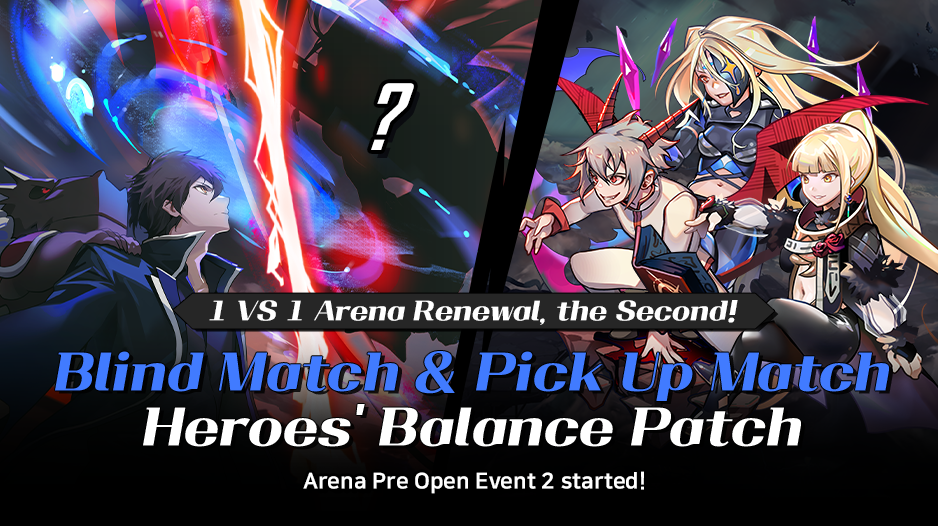 1 VS 1 Arena has gone through one more renewal based on your feedback!

First, both Blind and Pick-Up Match are available. For your information, Blind Match gives you more Arena Points than the Pick-Up Match.

Second, Weekly Ranking Rewards for all tiers are upgraded.

Third, some limits are added - the number of purchasable Arena Tickets are limited to 10 times a day, and you can renew the opponent’s list for 1 VS 1 Arena 5 times in a day. Also, 1 VS 1 Arena is limited to 99 turns after this update. 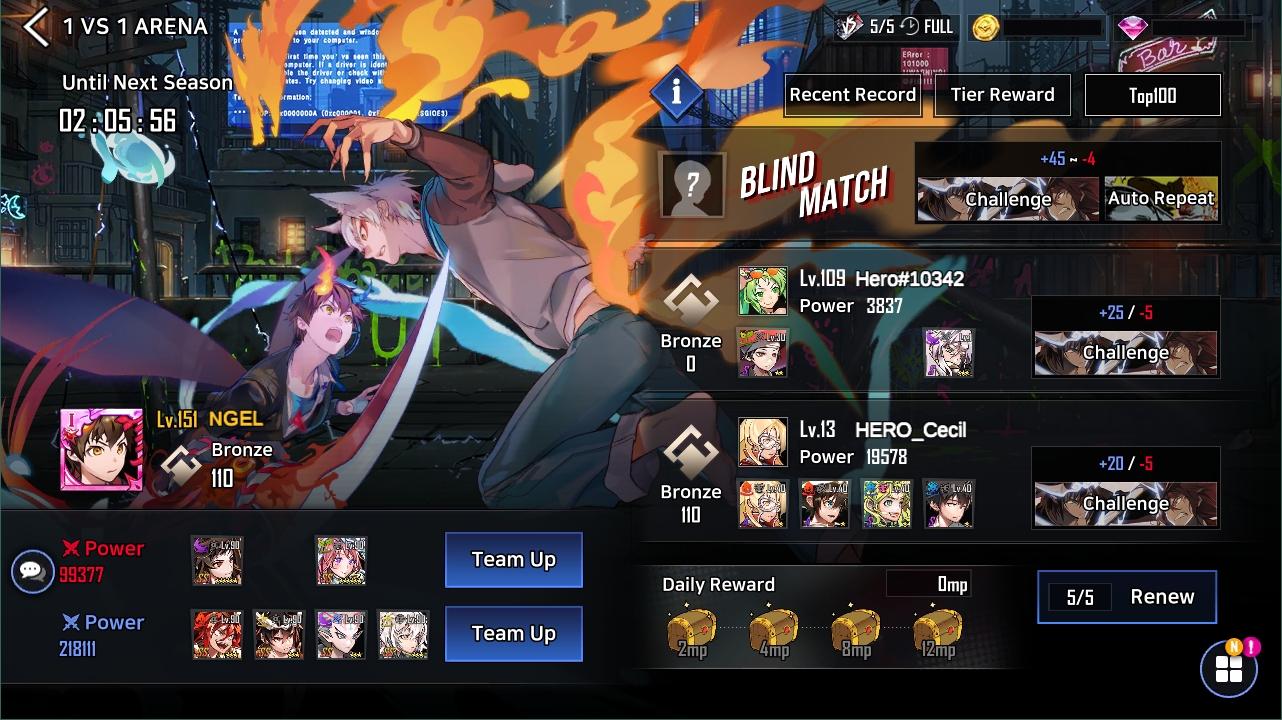 - Pick Up Match: You can check your opponent's information and set up your team to win. It has same Arena system before the Blind Match system.

- Blind Match: Since you can't check your opponent's team information, you will get more Arena Points from win and lose than other types.

- AI Match: You can battle with AI until Challenger III. From Challenger II, you can't play AI Match. It's easier than other matches, it gives lower Arena Points.

- [Renew] button is added again. You can renew the list of opponents using this button.

- Basically the list will be renewed when you finished a battle on the list regardless of match type.

- If you consider that the opponent on the list is difficult to win, you can renew it with this button.

- 1 VS 1 Arena is limited to 99 turns. If the battle continues until 99 turns, the defender wins.

- You can’t be matched with the same opponent in 5 battles.

- If you meet AI in the Blind Match or Pick Up Match and win, the given Arena Points will be the same as you can get from the AI Match.

- The amount of purchasable Arena Tickets is limited to 10 tickets a day. 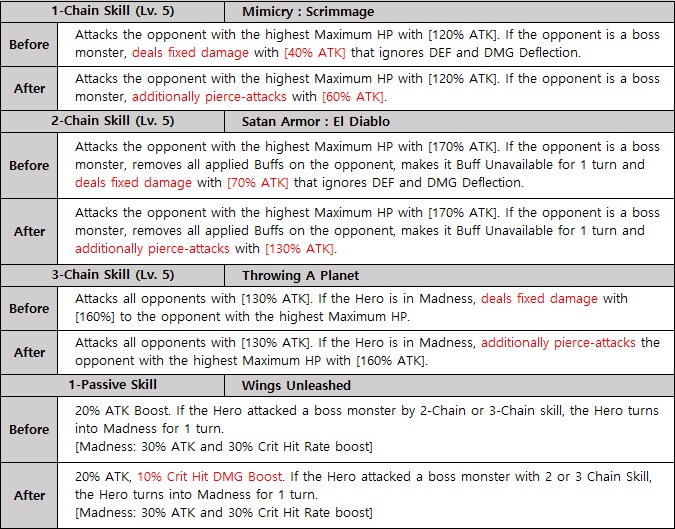 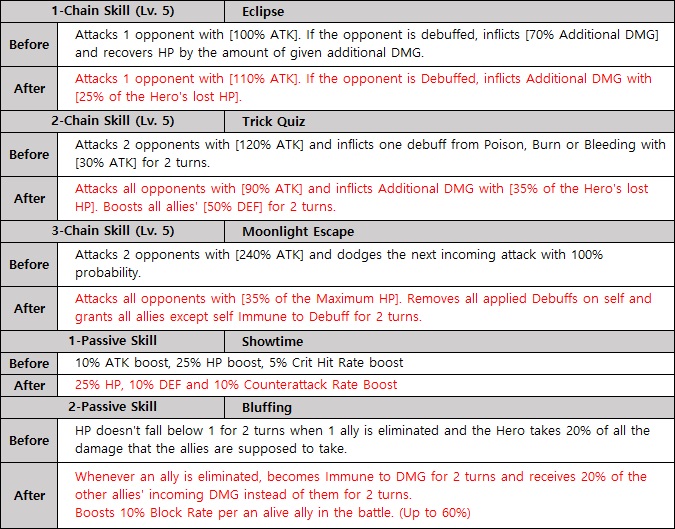 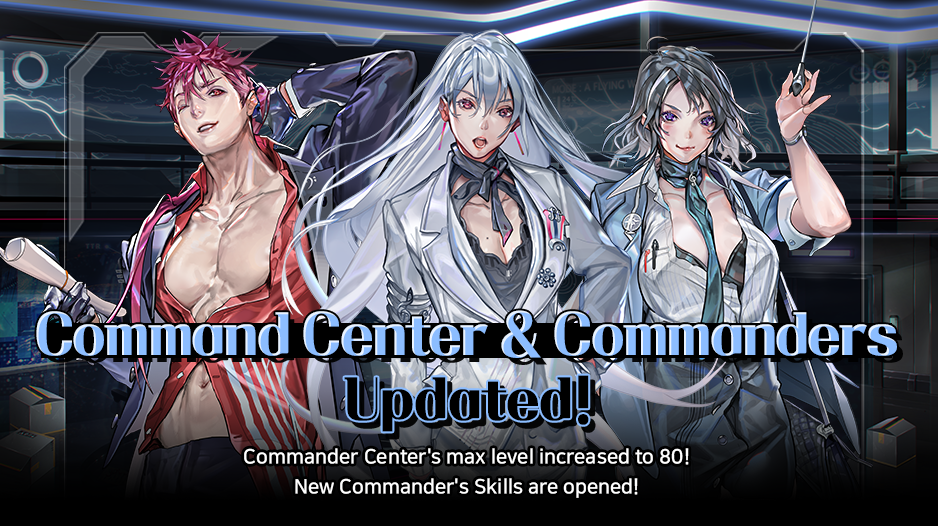 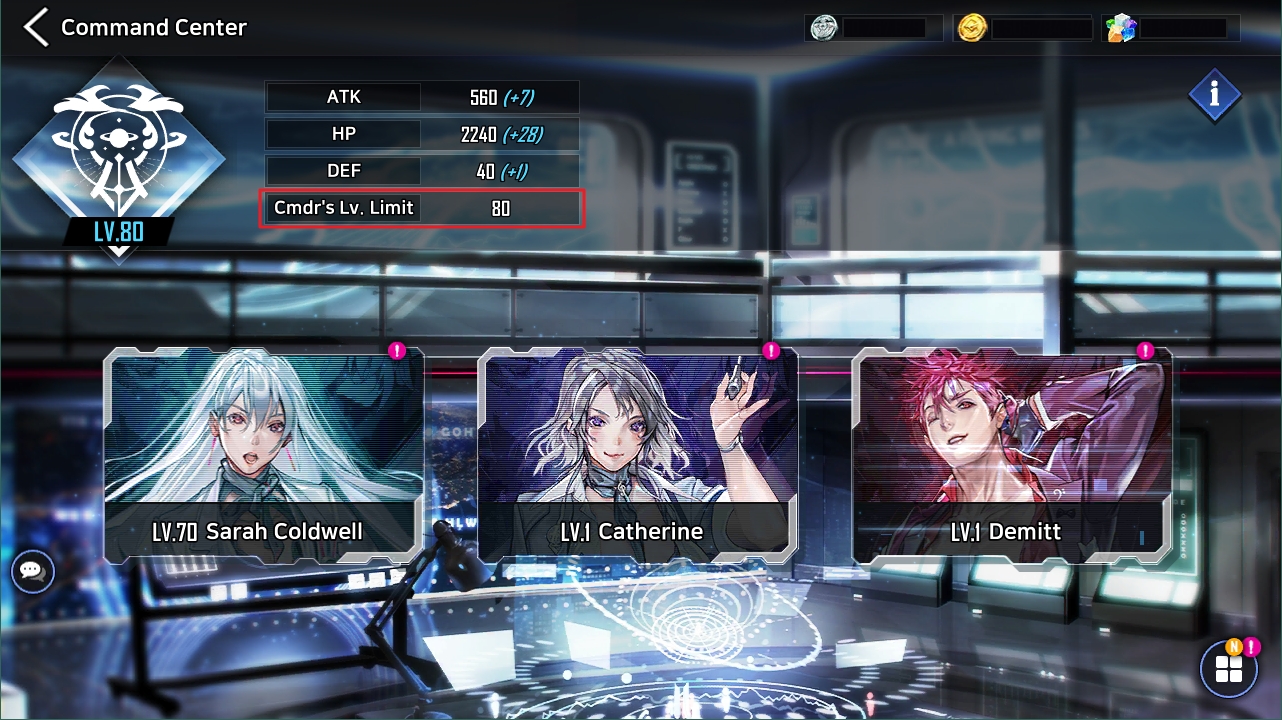 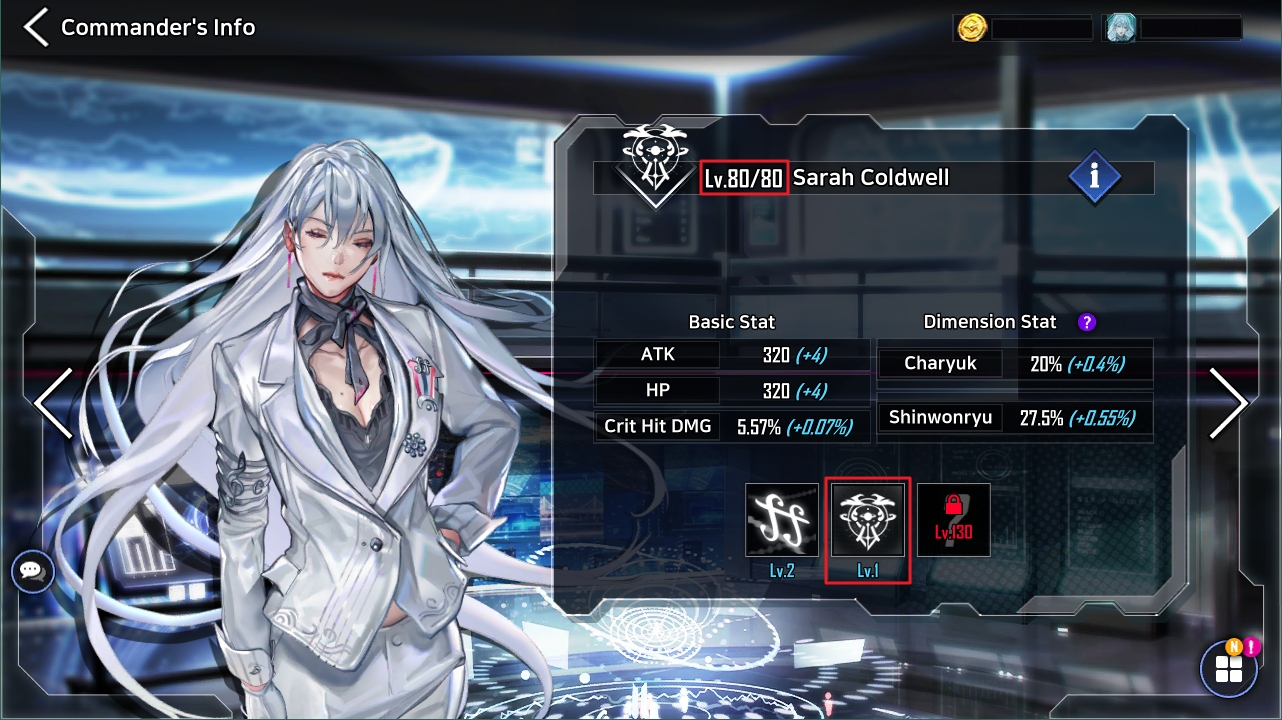 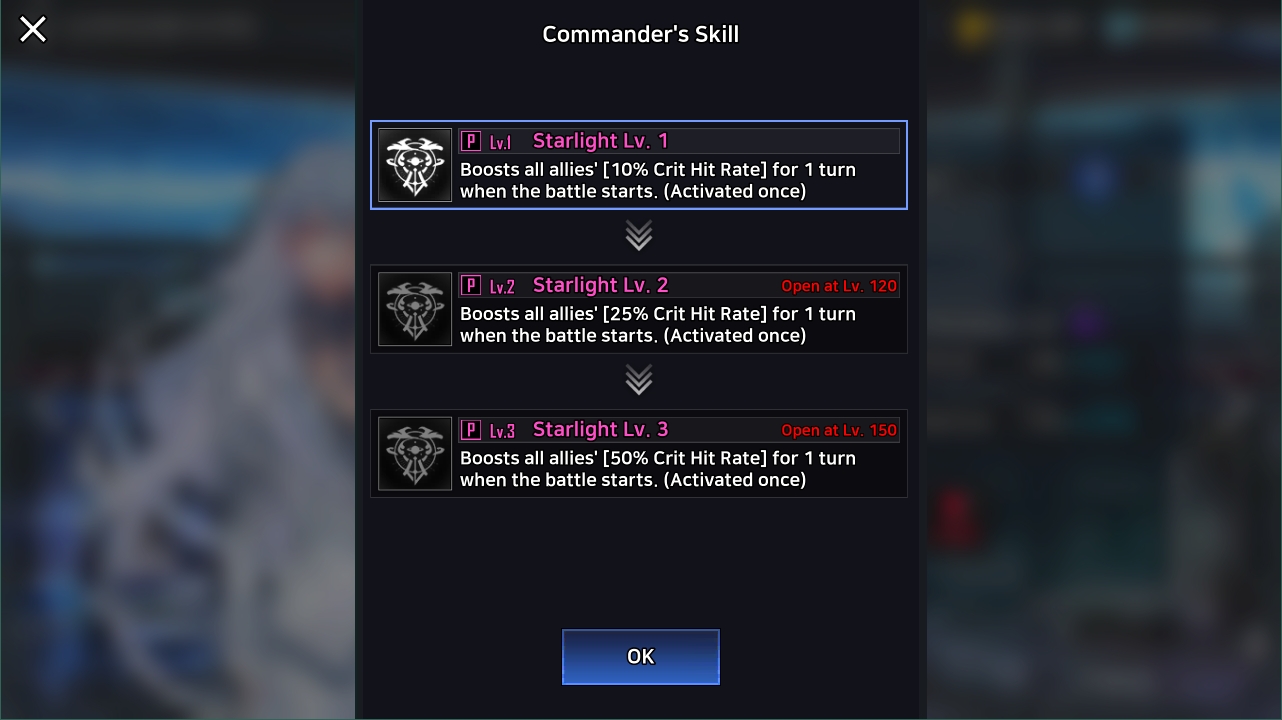 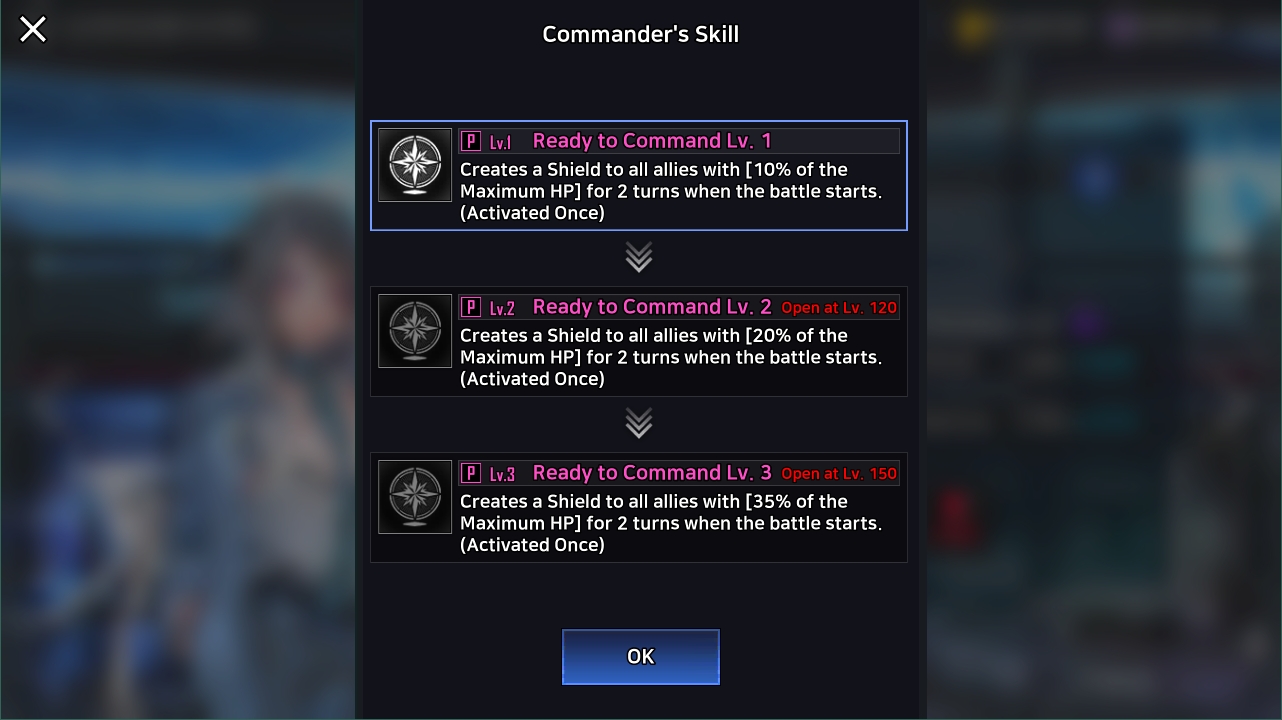 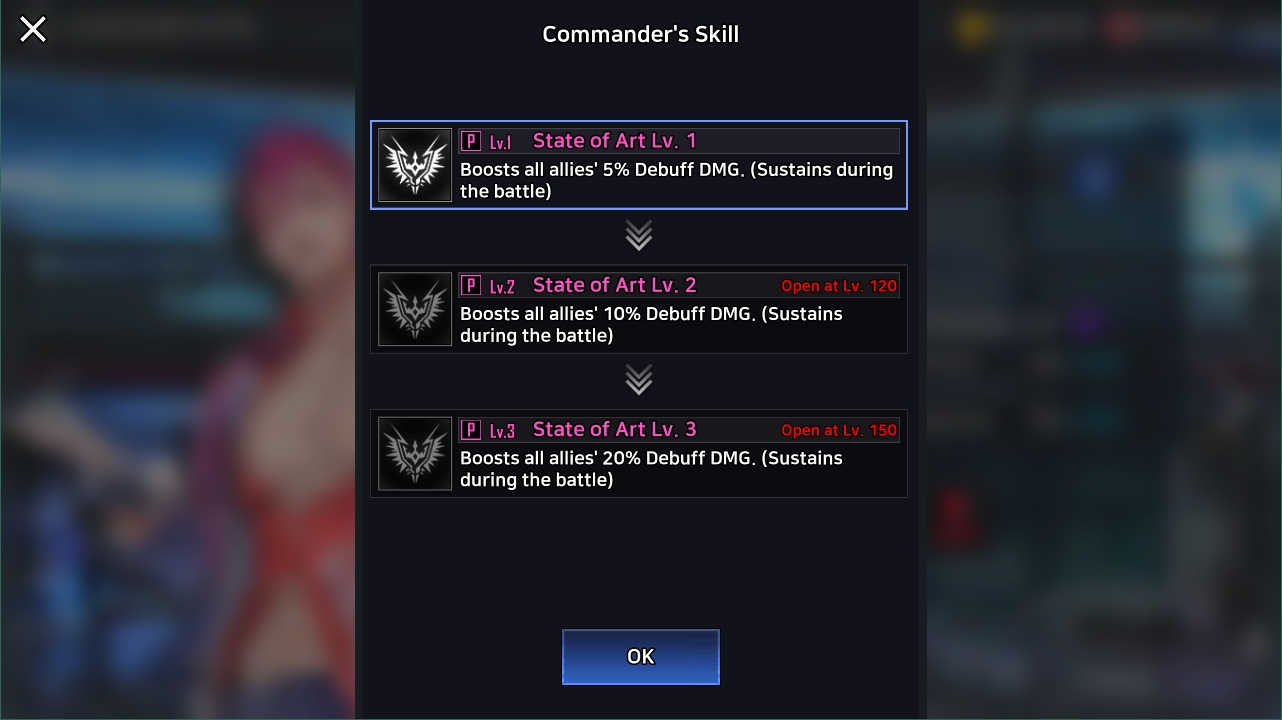 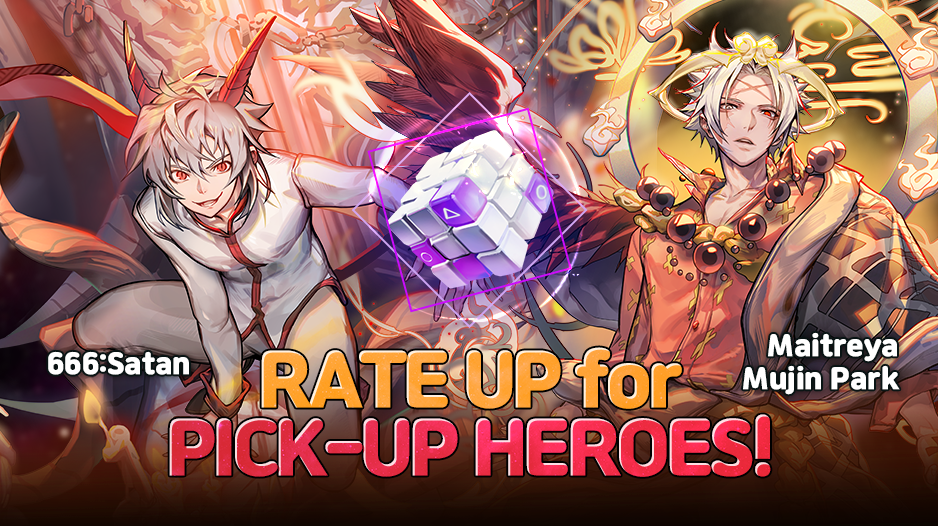 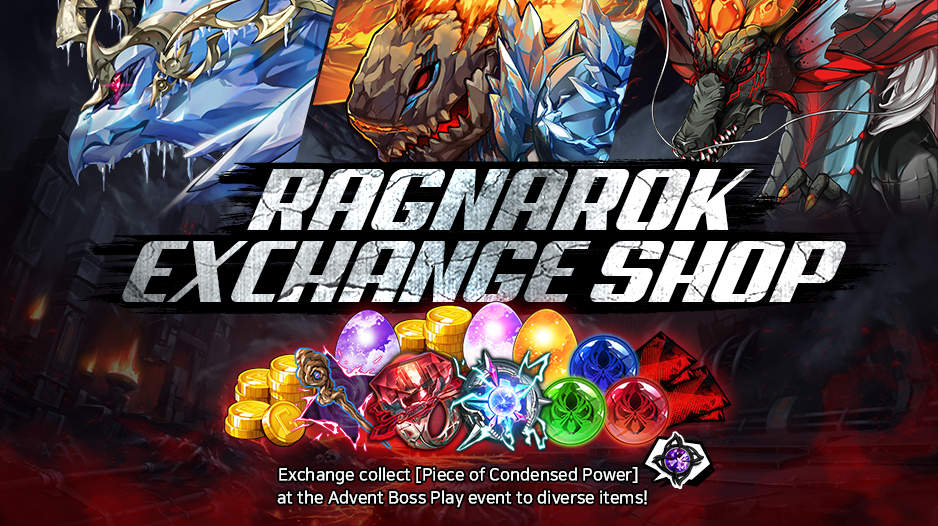 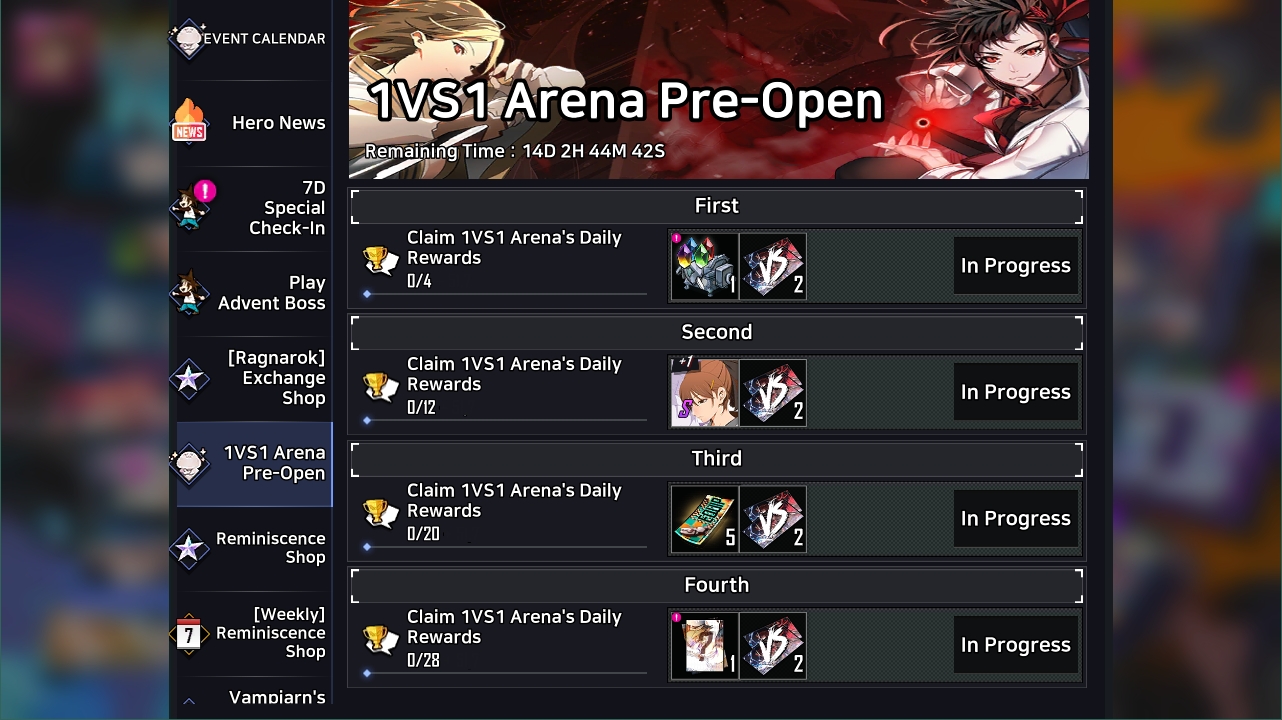 To start 1 VS 1 Arena's pre-season all over again, we reopened 1VS1 Arena Pre-Open event.

We highly appreciate your cares and opinions.

We will try to make Hero Cantare better listening your opinions. 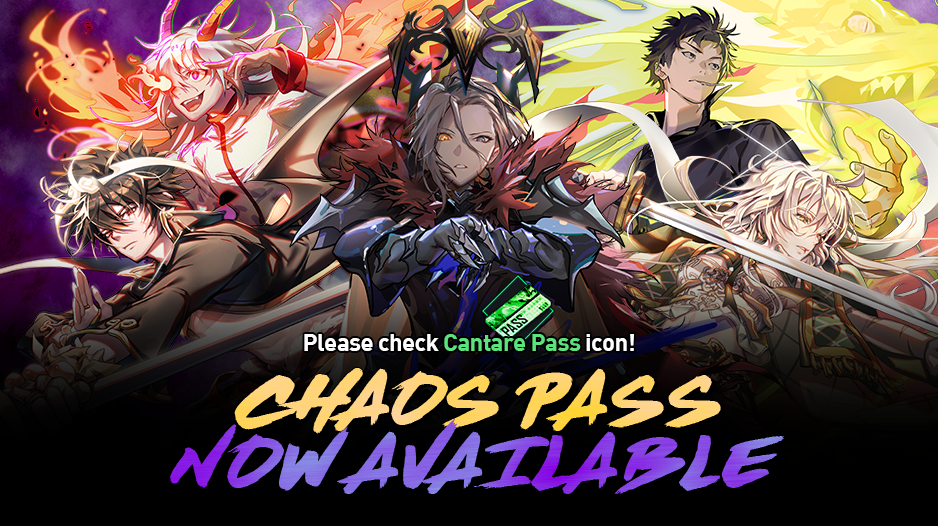 - [Chaos Pass] can be found in the [Cantare Pass] icon.

- You can collect Chaos Pass Points by clearing Daily Missions or paying Gems and claim the rewards corresponding to the collected Points for 2 weeks.

- [Chaos Pass] has 2 types of rewards - Normal and Special. Special Rewards can be acquired when [Chaos Pass Ticket] is activated by purchase.

- Once [Chaos Pass Ticket] is activated, you can claim all rewards passed by. 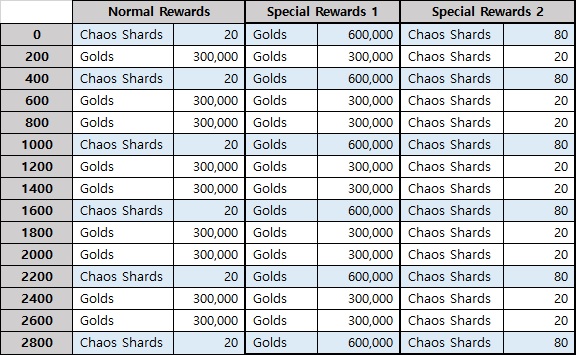 ※ Since other skills and Relic can boost ATK including Wrath, we replaced the term ‘Wrath’ to include other accm. ATK boost. The skill itself doesn't change.

- Current: When a turn ends, applied Buffs and Debuffs work and disappear in order. Thus, Immune to DMG helps not to receive the incoming DMG from a direct ATK or DoT Debuff applied before it works, but can’t for the DoT Debuff came after it.
i.e.) If a Hero had 1 Burn, 1 Immune to DMG and 1 Bleeding in order, Immune to DMG would block the DMG from Burn but it wouldn’t for the Bleeding due to the order.

- Changed: When a turn ends, if the Hero has Immune to DMG, the Hero won’t receive damage from the direct attacks and DoT Debuffs while it’s applied regardless of the applied Buff/Debuff’s order. 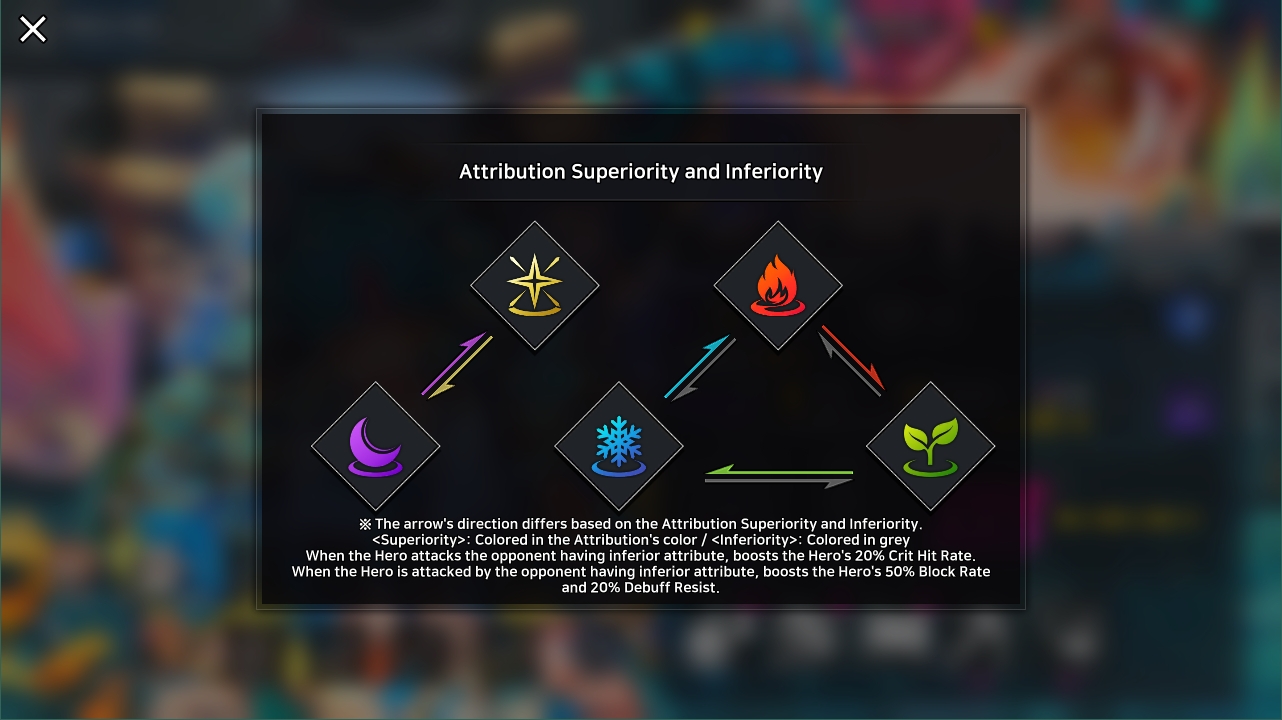 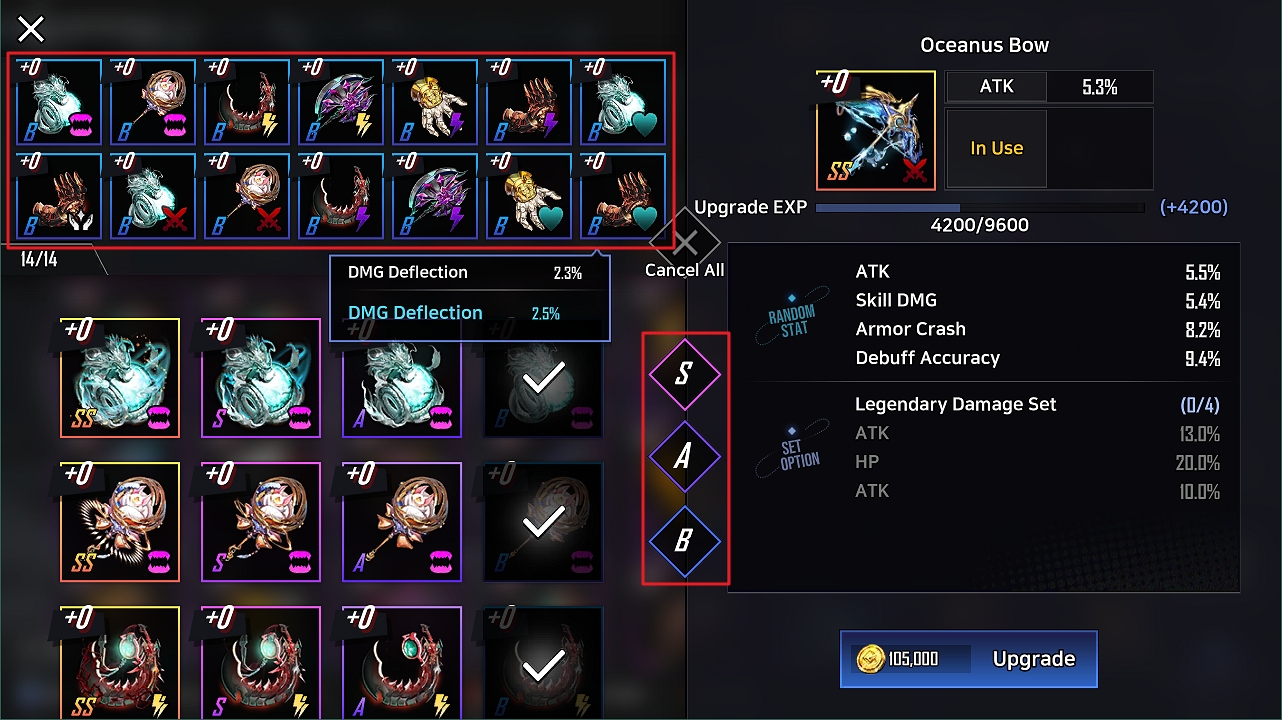 - The number of selectable materials to upgrade an Artifact at once increased from 10 to 14.

- You can select multiple materials to upgrade your Artifact by one touch. Tap the material’s grade you want to use with the [S]/[A]/[B] button in the middle.

- If your Artifact is close to +7 Upgrade, only the materials that can upgrade till +7 will be selected. 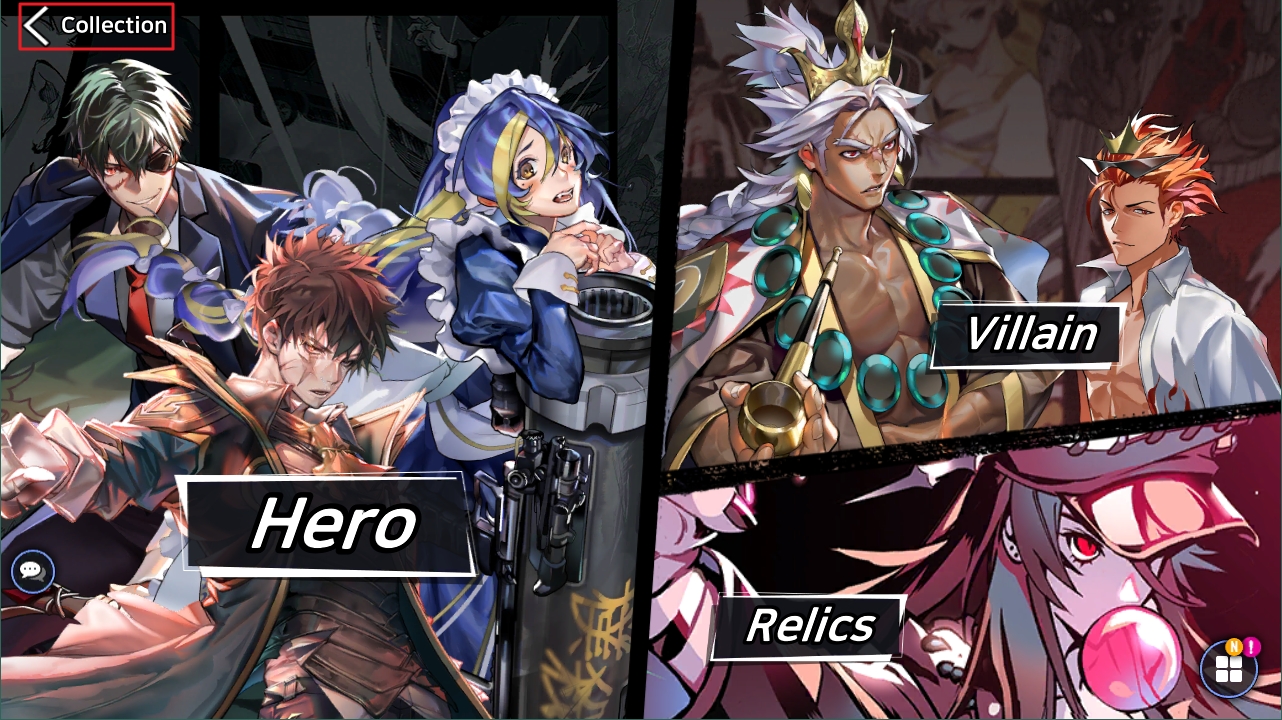 - For the Heroes who don't like their Guild Labyrinth score and don’t want to force-quit the game, ‘Give Up’ and ‘Save and Exit’ buttons are added in Guild Labyrinth.

4. Fixed a bug that the working Guild Buff was not applied in the Guild War PVE.

5. Relieved the lag occurred in the Relic Inventory.

*More update details will be provided in a later notice.