The game will undergo maintenance on Nov. 14th to improve your game play experience.

※ REMINDER: Hephai’s Halloween Forge, Gambler Yuri Ha, Halloween Event, Unleashed Pick-One Cube, and Gambler Yuri Ha’s Special Gamble Event will conclude during this maintenance. Please claim the reward and use up all the event items (especially the items with duration) before the maintenance starts. 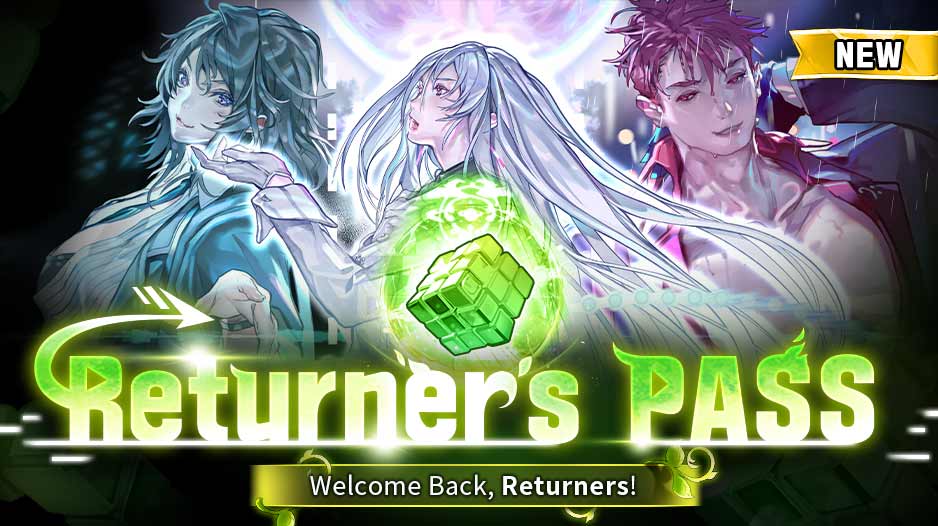 ※ This event is exclusively available for players who have not logged in for 14 days since the start of ‘Returner Pass’ event on Nov. 21st PST.

※ However, since this event is added for the first time, all players who have login from Nov. 14th PST after server maintenance until Nov. 21st (before maintenance) will be able to receive this Pass’ missions and rewards during the event period as a commemoration.

※ After that, starting from Nov. 21st PST after maintenance, the official Returner Pass will be available for players who have not logged in for the last 14 days.

※ The duration of the Returner Pass is 21 days since its availability.

※ After the duration ends, the Returner Pass will conclude, so please claim all the rewards before it. 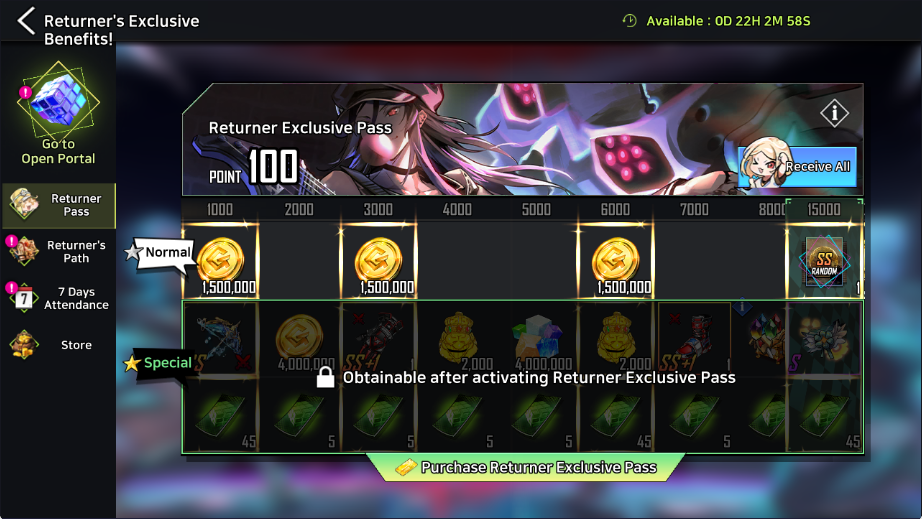 ※ Like any other Pass, there are 2 categories of missions in the Returner’s Path [Daily and Season Mission] for this Returner Pass with an additional 1 category mission [7 Days Check-In] during the period.

※ [Returner’s Path] has 2 types of rewards - Normal and Special.

※ Special Rewards can be acquired when [Returner Exclusive Pass] is activated by purchase.

※ Once the [Returner Exclusive Pass] is activated, you can claim all the previous rewards which have passed by. 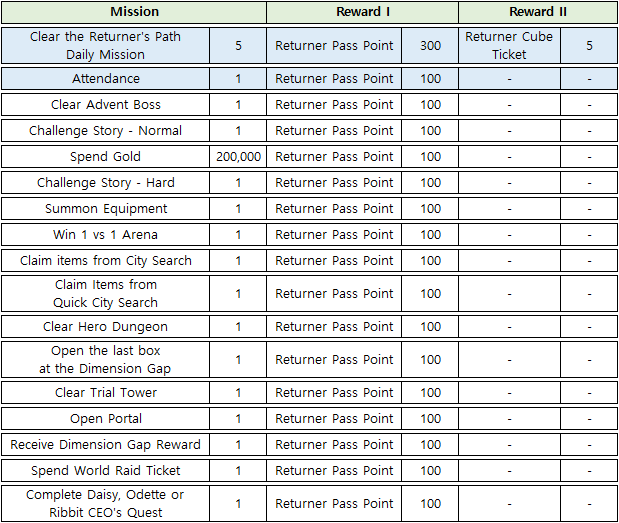 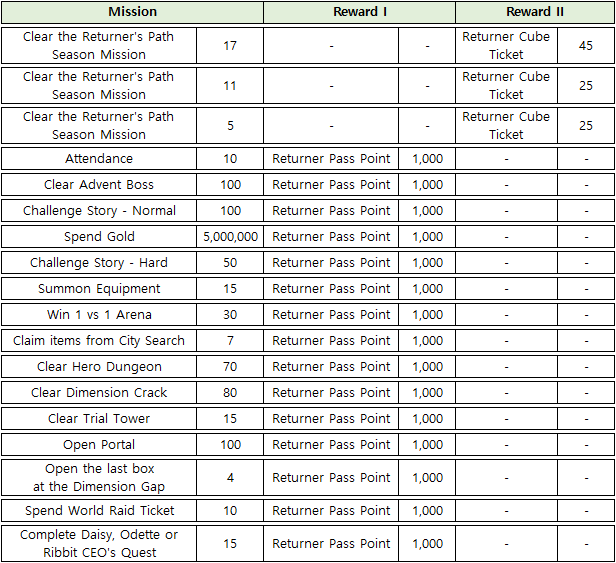 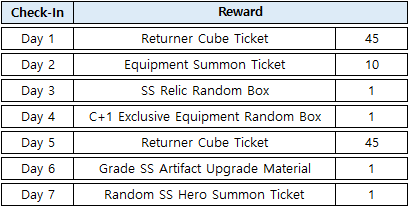 ※ After collected some points from the Daily and Season Mission, you can claim all rewards which have passed by. 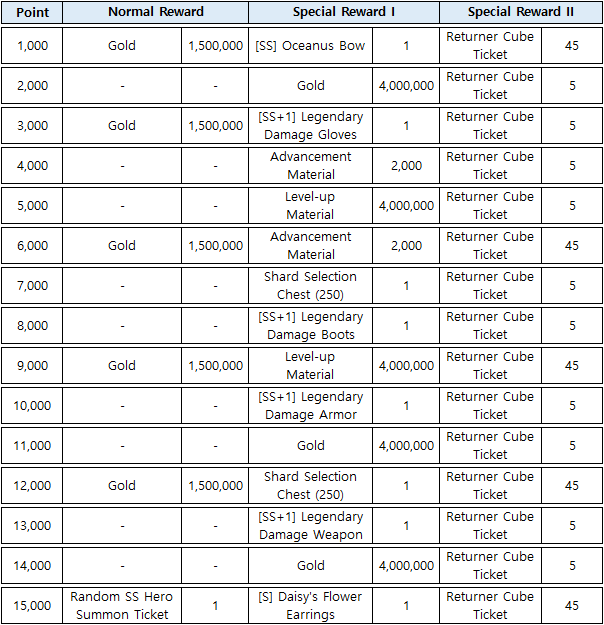 ※ This ticket can only be obtained from the Returner Pass’ Daily and Season Mission.

※ When opening the Returner Cube, if any of the SS Hero appears, it will be one from the list. (Heavenly Warlord, Valkyrie, Idol Rockcrawler, Chloris, Jue Viole Grace, King Dark, Q, Yura Ha)

※ Returner Cube mileage is 100 and one of the Heroes from the list above will appear after the mileage is fulfilled. 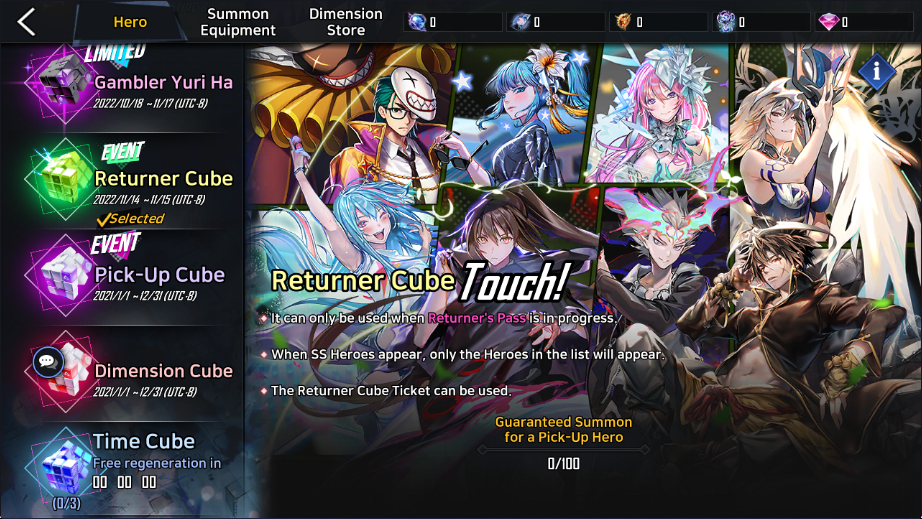 1. Removed the empty block of chain skill of died monster so the battle progress faster during battle

※ Added the function which is only effective in ‘World Raid’ to all dungeons. 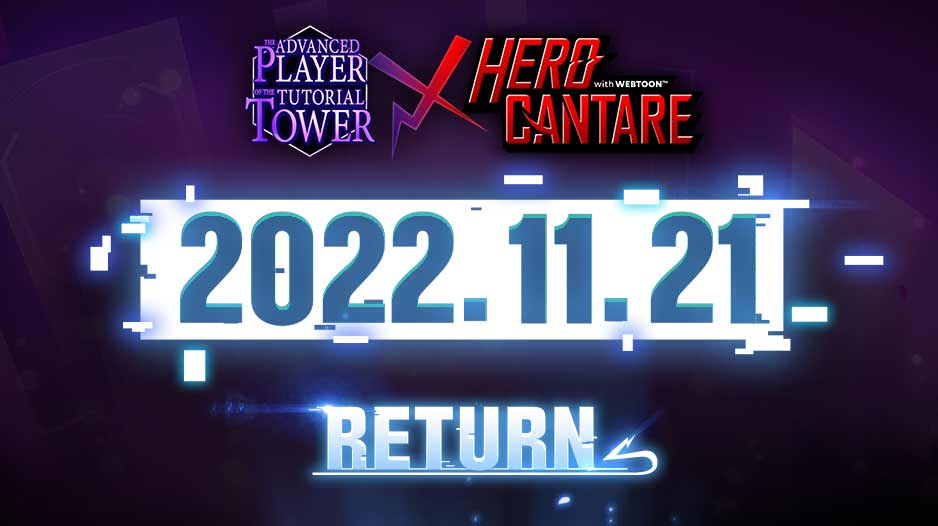